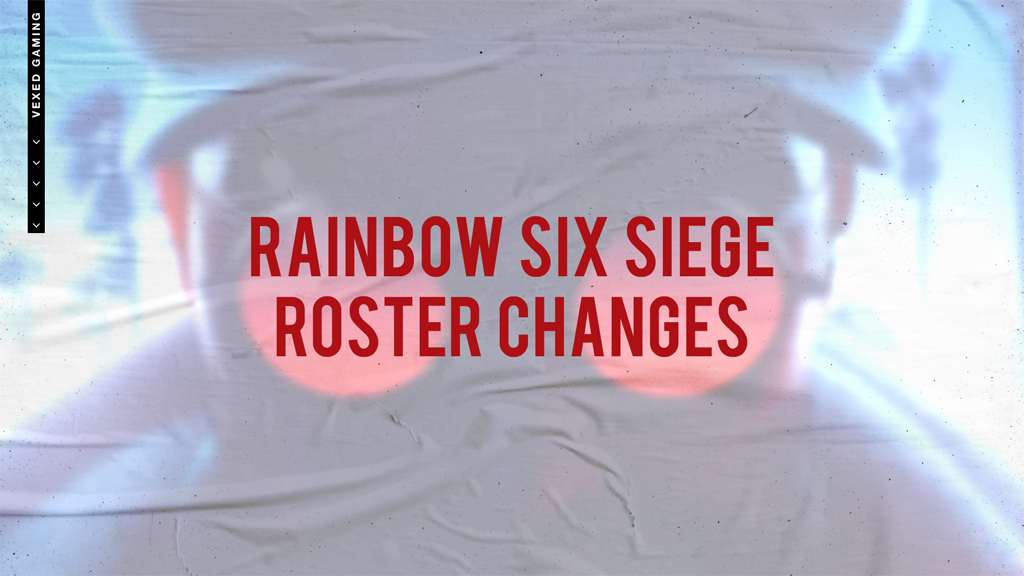 Today Vexed Gaming announce the release of both Khizar ‘Eco’ Rehman and Marco ‘MXKX’ Varas. Eco would like to shift his efforts into other projects, whilst Marco ‘MXKX’ Varas has had to take a step down from our roster due to external commitments affecting his time and ability to play with the team.

Both were valued members of our Rainbow Six: Siege roster and we would like to thank them for their time here at Vexed Gaming and wish them the very best in the future.

‘Union’ will be stepping up to fill the boots of Marco ‘MXKX’ Varas for the remainder of the UKIN season, you can see the roster take on Audacity in their UKIN match on 23rd Feb at 19:00 GMT over on https://www.twitch.tv/rainbowsix_uk.

Statement from Khizar ‘Eco’ Rehman: “I’d like to thank Vexed Gaming for their support and everything that they have done for me. Vexed was there for me when my situation had arisen and was with me till the end of it. Furthermore, I’d like to further appreciate the extra contracted period in which they supported me to the fullest with any questions and queries that I had and they were not giving up on me. I also wish my former teammates the best of luck and hope they have a good future.”

Statement from Marco ‘MXKX’ Varas: “It’s a shame that some commitments have stopped me from continuing my time on the team, I was looking forward to seeing the team reach its full potential together. I’d like to thank Vexed for my time with them and wish the rest of the roster the best going forward, I’m sure they will do great!”