Beardageddon gets Hands on with the Logitech G Power Play 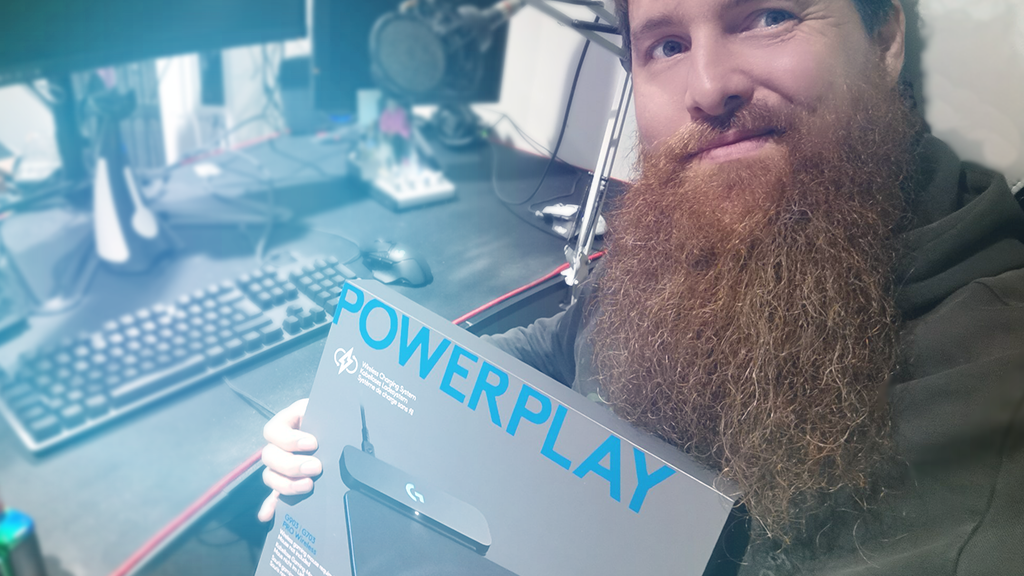 Over the years wireless mice have had a bad reputation, from battery life being awful to problems with input lag causing you to miss out on those ever-important 360 no scopes.
For this reason, I’ve largely avoided them, that was until I heard about the Logitech g502 wireless, a mouse that claims to host Logitech’s most responsive gaming sensor to date.

Thinking this was too good to be true, I was more than happy to be proven wrong. Within a day of going wireless, I could already feel the difference in my ability to aim, and with the freedom of not having wires, it meant I had options to move my peripherals around on my desk into ways that would have not been possible before. The only issue that was left, quite expectedly, from someone as forgetful as myself, was the fact that when I would forget to plug it in, the mouse would run out of battery at the worst moments (this in no way reflects the performance of Logitech’s mouse as it could be up to a week between charges) However, even the most forgetful of us now has a tool that means we no longer need to worry about battery life ever again.

This comes in the form of the Logitech PowerPlay wireless charging mouse mat, let me repeat that, wireless, charging, mouse mat! I’d never had even thought it possible to charge a wireless mouse, well, wirelessly but that’s exactly what this handy bit of kit does. It’s simple to set up, sleek, stylish and the smoothest feeling surface I’ve ever used my mouse on. It actually assisted further with my ability to aim and I feel it’s helped my response time as it’s ergonomically designed to work with the g502 and other compatible wireless mice from Logitech. Top that off with the fact that it is RGB and fully customisable thanks to the Logitech G Hub software. So if like me you have all Logitech peripherals then you can sync up everything on your desk and watch the RGB pulses do their thing, it’s something I never thought I’d personally care about in the past, but now I have it I find myself watching it way more than I’d care to admit.

Overall I’d strongly recommend this product, it’s easy to set up and saves you running out of juice in those ever-important gaming moments. Simply plug it in, remove your old Logitech wireless mouse receiver, attach the rear cover for the mouse and sync the 2, it really is that easy. A great product from Logitech that will give you that peace of mind that you’ll always be on top of your game.

Be sure to catch Beardageddon on Twitch!