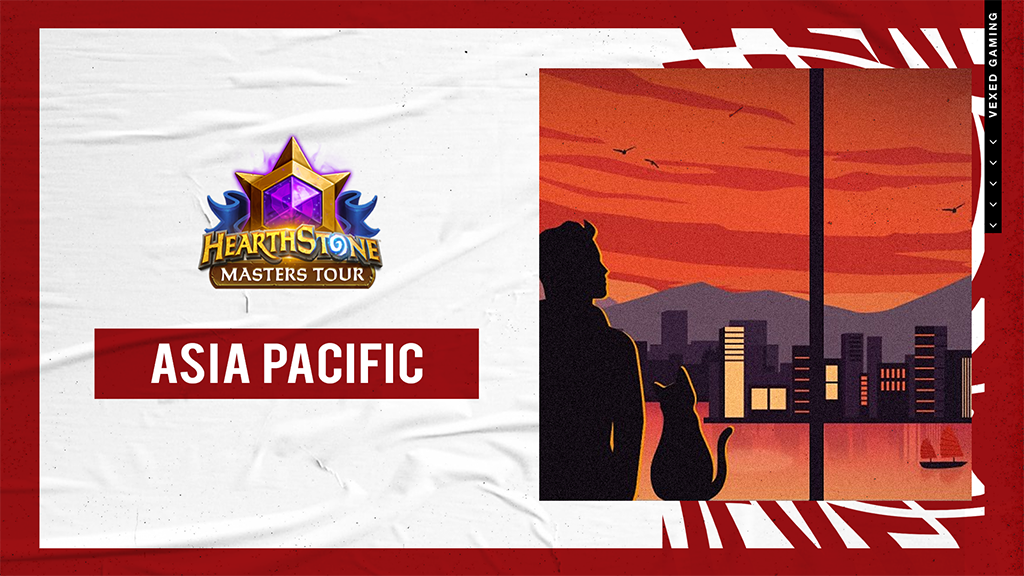 Earlier this month (July 2020) Vexed gaming’s 2x National hearthstone Champion Paradox participated in yet another Hearthstone masters tour. In this article Paradox reflects on his performance and looks towards

So going into Masters Tour Asia Pacific the dev team announced a balance change (one that was sorely needed) to be implemented on the 14th of July. (Only three days before the tournament took place!) Therefore all of the playtesting efforts from the community up to that point to define what the optimal lineups for the tournament was and the meta therein were in vain.

I personally speaking going into the event was feeling fairly bored of the mundane state of standard play and had feared (due to my own internal statistics and the way the balance changes were implemented) that Druid would become one of the best decks or at the very least one of the most popular ones.

The direction that Druid decks have been going in ever since the release of Ashes of Outland has been one that has led to frustration on not only my part but the part of many other players as well, and as a result I decided to craft my lineup with the intention of banning Druid in order to make sure my play would be as optimal as possible and that I wouldn’t go on tilt if I lost a game due to factors outside of my control.

I brought four decks with a strong matchup against Tempo Warrior (A deck which I felt was also going to be a fairly popular bring) that simultaneously suffered against conventional Druid lists at the time. Galakrond Control Priest, Dragon Spell Druid, Quest Control Warlock and Control Warrior.

What I had found in the actual event landscape itself was fairly surprising to me. As it turned out a lot of people had decided to ditch Druid entirely and instead turned towards Highlander Hunter as a replacement that fills many of the same roles Druid did (and was kept mostly in check by one of the stronger pre-nerf decks) and fortunately for myself, was something I could easily justify banning away during the event itself.

The majority of lineups leaned more into a style of countering the very control heavy style I had brought, and as such I feel that despite me making a poor judgment call on the metagame as a whole I am happy with how I played in the tournament itself. Beating out many notable players along the way such as UK Grandmaster BoarControl along with former world championship competitor OmegaZero from China and securing myself $2,250 and a Top 64 finish in the tournament itself. (The results of the individual matches being available on my Twitter account)

Given the circumstances and my own mental state going into the event along with the awkward time-zone the event was being played at, (Starting at 1am in the UK and ending at around 9/10am in the morning each day) I felt that my finish was much better than I personally had expected for myself. (Especially given that I performed the best out of all of the British players playing in this event, even UK Grandmaster contender DeadDraw who finished at 5-4)

Thoughts moving forward into Scholomance Academy and Beyond!

The main lesson that this event has taught me is the value of finding good partners to work with, people who will criticise your decisions and engage in critical discussions to find optimised strategies for tournaments. When I brought my lineup forward to people I trusted, many of the responses were a simple dismissal of: “I’ve never played this deck so I can’t really help you.” which while honest doesn’t give me any genuine feedback on where i’m going wrong.

I hope that by the next time I am competing in the masters tour I can find those individuals as passionate to improve at Hearthstone as I am. With the high power level of the cards revealed so far from Scholomance Academy I am looking forward to seeing more intense gameplay and competitive viability from some of my favorite classes, but only time will tell.