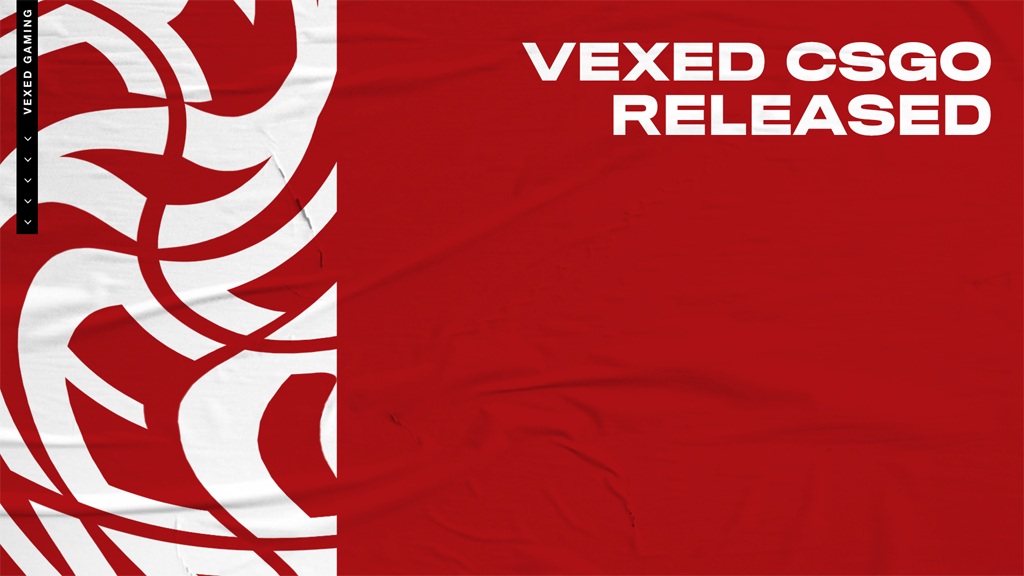 It is with a heavy heart that today we announce the release of our CSGO roster. This will also bring some time away from CounterStrike for Vexed Gaming as we look to reposition within the scene.

Over the last 10 months, we have seen many ups and some downs along the way and we would like to thank all players in this period for their time with Vexed.

This was not an easy decision to come to, however, we feel it is one we have no choice but to make. Having been informed that L1nk and Kray are deciding to take a break from competitive CS we felt it wasn’t fair to force a mixed team to play through the remainder of our ESL Prem season and future events. We demand the best here at Vexed and we would be doing ourselves, the Premiership, fans and our remaining players a disservice if we continued.

Effective immediately we are releasing the team and forfeiting our spot in ESL UK Prem.

We will be back, We’re not sure when, but one thing we know for sure is that our future for Counter-Strike lies in the United Kingdom…

“This team has without a doubt been one of the most committed and hardworking rosters I have worked with in my career so far and I have no doubt some of them will find success elsewhere further down the line. They’ve been on the cusp of breaking through for sometime now and we have offered them everything within our means to reach that next level of success but unfortunately it just wasn’t meant to be. I’d like to take this moment to really thank all of the player’s for their commitment to this project inside and outside of Vexed Gaming over the past 18 months, this stability is something we very rarely see within esports and they have been a shining example to upcoming players within the scene, working together through good times and hard times. I’d also like to thank Ash and Hyr0m for all their hard work with us behind the scenes, who alongside us really kept the team’s cogs turning…” – Mark Weller – CGO Vexed Gaming