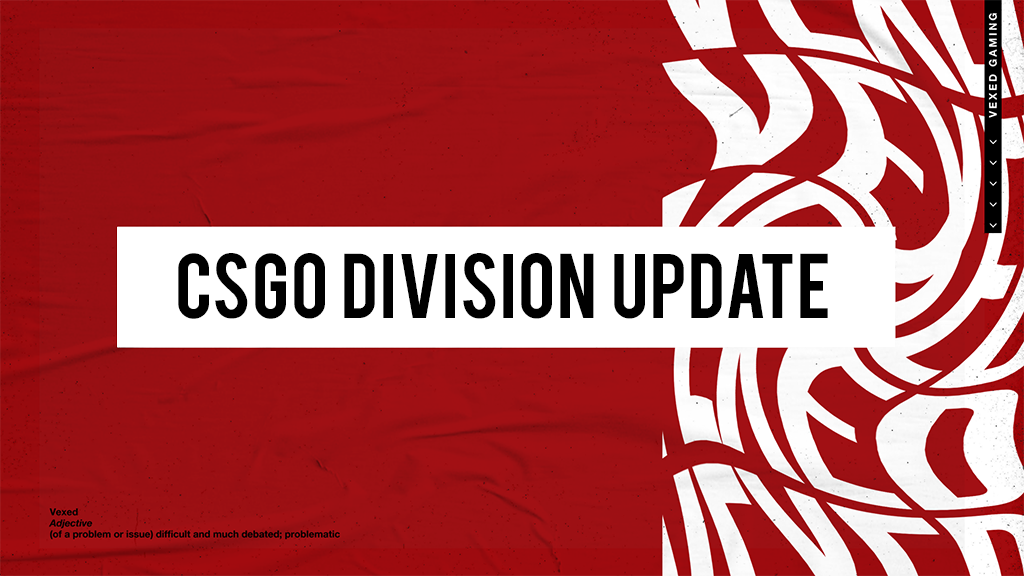 Today we announce a change within our CS:GO roster.

Tobias “Shyyne” Sæther has asked to step down due to personal differences within the team which could not be resolved.

After discussions with managment here at Vexed Gaming, We support his decision and have placed in within our Inactive Roster.

Tobias “Shyyne” Sæther is currently a restricted agent, and is free to explore options with any Norwegian, English, Swedish or Danish speaking team to continue his CS:GO career.

The Vexed Gaming CSGO Division will continue the season with Yaroslav ‘ISK’ Issakov on a trial basis.

Statement from Tobias “Shyyne” Sæther : “I’d like to thank Vexed Gaming for the opportunity, its a shame the team hasnt worked out as I would have hoped, but I believe the mutual decision we came to is for the best. I wish them the best of luck in the future!”

Tobias “Shyyne” Sæther Has been a true professional during his time with us at Vexed Gaming, We thank him for his time and wish him the very best going forward in his career.