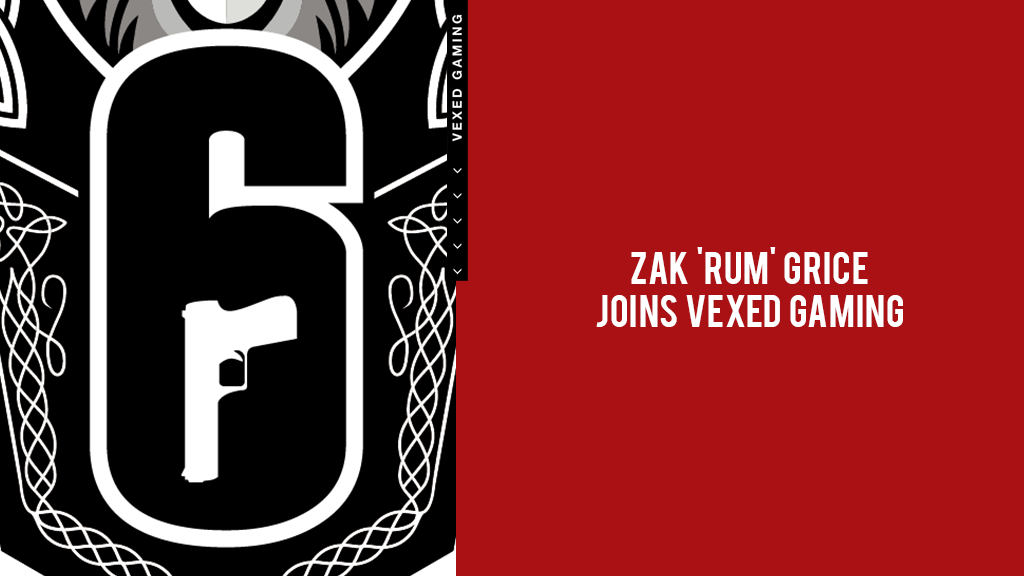 Today, We announce a change to our rainbow six siege roster and would like to welcome RUM to Vexed Gaming.

With the forced change of play date from Ubisoft within the UK and Ireland National league, We’ve been awarded an extra transfer slot within the season, We’ll be taking this opportunity to rework our roster, After a bumpy start to the season, we knew the roster wasn’t performing to it’s full potential and was in desperate need of an injection of energy and passion So we have taken the decision to replace Deox with the addition of Rum. We felt we needed a Vocal, Composed, and energetic teammate within the mix, Rum has been the much needed addition to the roster and now we can truly set our sights on closing out some much needed wins under Vexed Gaming – Aaron “ProphetKing” Kennedy, Coach.

The Vexed Gaming Rainbow Six roster can be seen below;